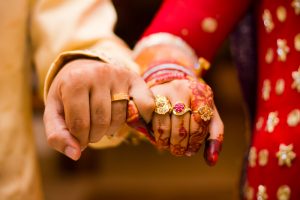 A Brief History of Weddings

Weddings and marriage are so popular in today’s world.  People almost never think to question why these ceremonies are so commonplace or how they even started.  After a review of the brief history of weddings, you will have a much better understanding of how they came to be!

A marriage ceremony of some kind is found in nearly every developed society. However, throughout history the ideas of weddings and matrimony have undertaken many different forms and involved different traditions.

Long before notions of love and romance, marriage – and children– were more for the purpose of securing private property.

Often, old laws would require a brother to marry his deceased brother’s widow.  He was the property holder and it was his familial duty to protect the widow.  Females were not allowed to hold property of her own. 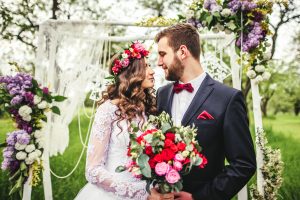 Commonly, the husband was the leader of his household. His wife and children existed for the purpose of protecting his bloodline.

There have been many different guidelines and rules for taking a partner. For instance, in some cultures it is commonplace for the man to have taken multiple wives.

In other places, this is extremely looked down upon. Additionally, in certain societies, they would encourage one to stay within one’s social group, economic class, race, or some other common demographic.  Elsewhere it is more common to marry outside of one’s typical group. The reason for this is the possibility of “moving up” in society or for bonding different neighborhoods and regions.

Indeed, marriage has historically been a political tool, and arguably still is one today. Nobles of different countries or regions would enter into carefully-arranged marriages to promote the union and loyalty of the different regions.

Conversely, some royal families married and reproduced so exclusively within their own family it led to genetic problems.

Marriage has previously held a very strong place in religion. This is because engaging in carnal relations before marriage was a sin. This is why members of the holy clergy in different regions are often forbidden to marry.  It is also why many seek out houses of worship so a religious official can marry them. In this way, the deity or religious community of their choosing will recognize their marriage.

Indeed, religion and politics are such an integral part of marriage.  In fact, a real discussion on marriage cannot be complete without mention of King Henry VIII.  He found an entirely new religious denomination so that he could divorce as many women as he wanted.

All of these facts about marriage as legal, religious, political, or business statuses are interesting. However, it might make you feel a bit disillusioned with the institution of marriage. Marriage as a foundation is not based on the ideals of love, romance, loyalty, and companionship.

Fortunately, human society is flexible, and the changing ideals of people have molded the idea of what marriage should be. Today, most of us would consider marriage incomplete without love and respect as its foundation.

In fact, Henry VIII and his first wife, Catherine of Aragon, were believed to have a mutually respectful marriage even if it was not built on true love.

There are a number of other unions that partners can legally claim with their local government as alternative ways to formal marriage. Some of these include civil unions and domestic partnerships.

Both of these alternatives grant a couple some of the same rights that married couples have.  Domestic partnerships are available at a city level as well as a state level. Additionally, common-law marriages which still exist in some spaces, recognize a couple as legally married.  It does not matter that they have not gone through the ceremony and legalities of obtaining a marriage license.

It is nearly impossible to succinctly summarize all of the different marital traditions the world has seen. If you’re a wedding fanatic and a history buff we encourage you to conduct further research on your own.  Share with your friends the most interesting marriage facts you can find!